Add Your Review
As low as $199.00
Add to Compare
Skip to the end of the images gallery 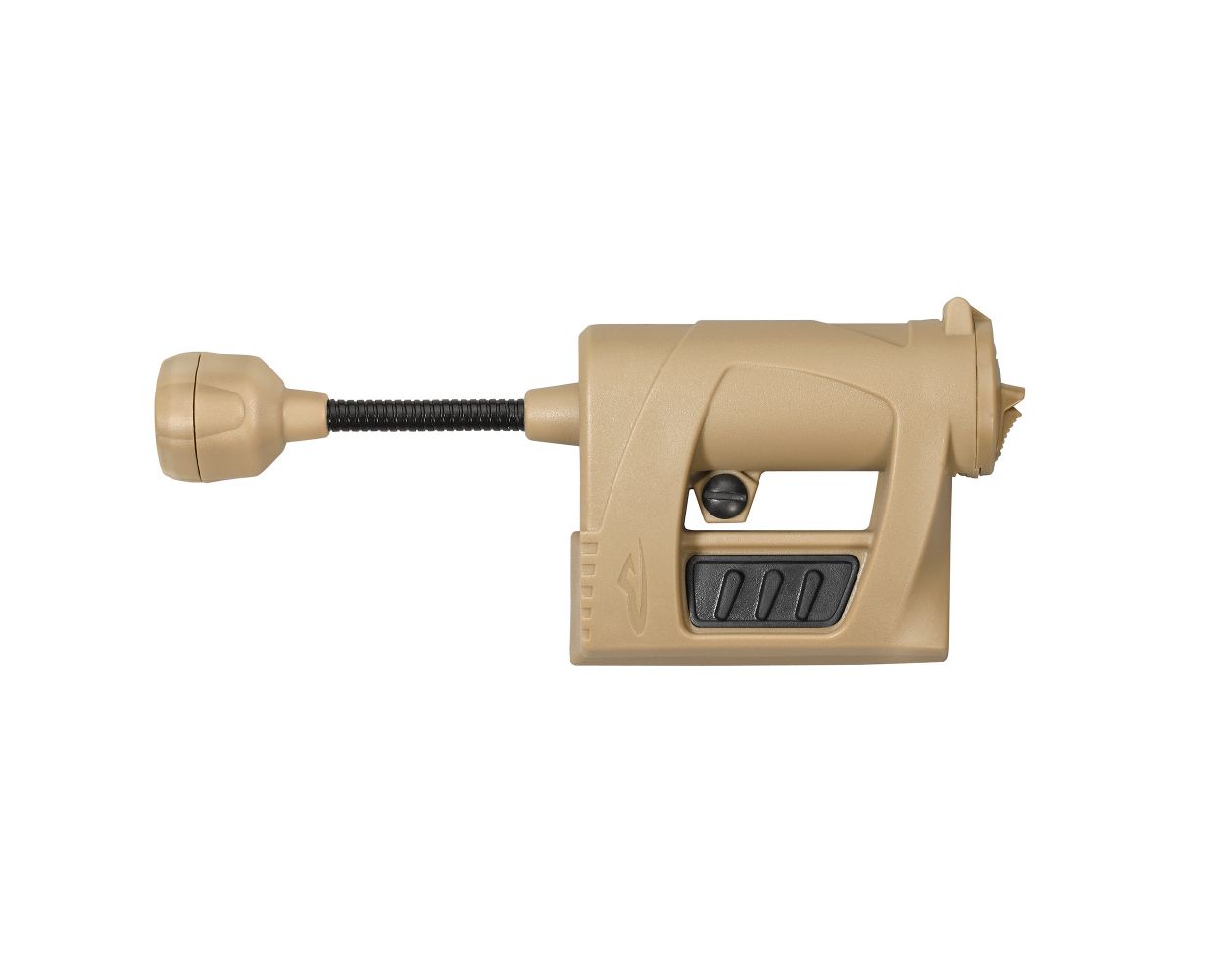 The Charge Pro was designed to mount to various helmet rail systems, but has become more versatile including a wide variety of mounts that allow you to use the light on all of your gear. The Charge Pro runs off of a single CR123 Lithium battery, keeping it lightweight, extending burn time and standing up to colder climates.

The Charge Pro offers a clean white flood light for distance spotting or large area lighting and a lower lumen light output for close at hand administrative tasks when in the field. The white flood light is fueled by a Maxbright LED, while the lower lumen administrative lighting comes from 3 Ultrabright LEDs, which are available in a number of specialty color configurations.

Ease of performance in exacting situations was kept top-of-mind while designing the user interface, so the Charge Pro’s Maxbright white mode requires a full two-second button press to be turned on to avoid accidental activation. The Maxbright white mode is also dimmable, letting you control the intensity.

Versatile, smart and tough, the Charge Pro were created with our exclusive flexi-neck design allowing you to direct light where you need it, regardless of the angle of your helmet.

PROUDLY MADE IN THE USA SINCE 1975

Light makes anything possible. It’s a symbol of hope and innovation. It’s also a daily necessity for everyone from backpackers to fire fighters. For over 40 years, Princeton Tec has pushed the limits of possibility with reliable, durable lights that shine bright in every situation.

Princeton Tec first supplied the U.S. military with underwater strobe lights for Navy SEAL training swims. Today, we create both standard and custom products for law enforcement, first responders, military and other everyday heroes. From MPLS task lights to compact headlamps, these lights need to perform in even the most demanding environments – every single time. We take pride in serving the people who make our world a safer place.

PLATATAC are Australian Distributors for Princeton Tec. If you're looking for something not listed on our website, contact us and we can arrange a special order.